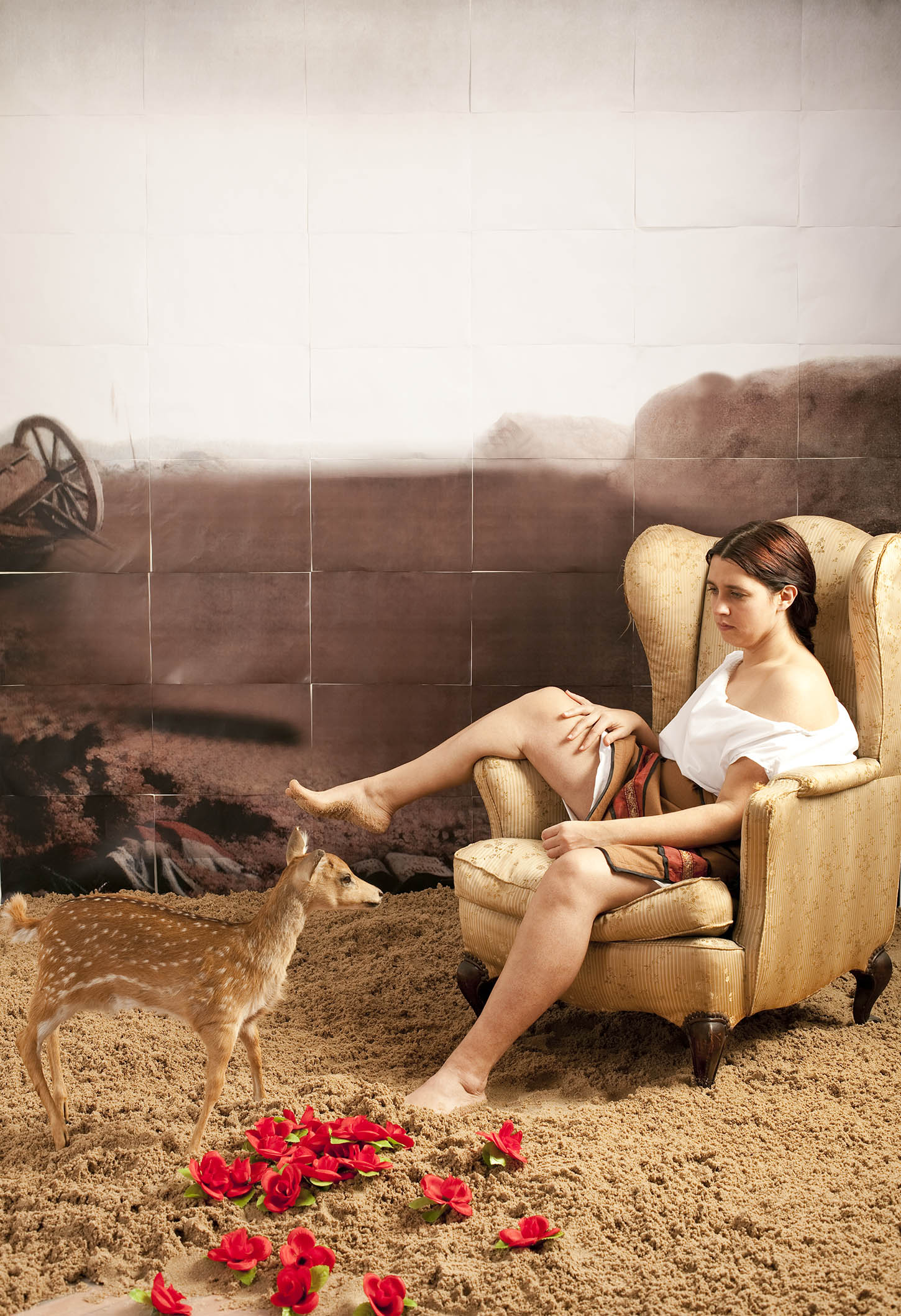 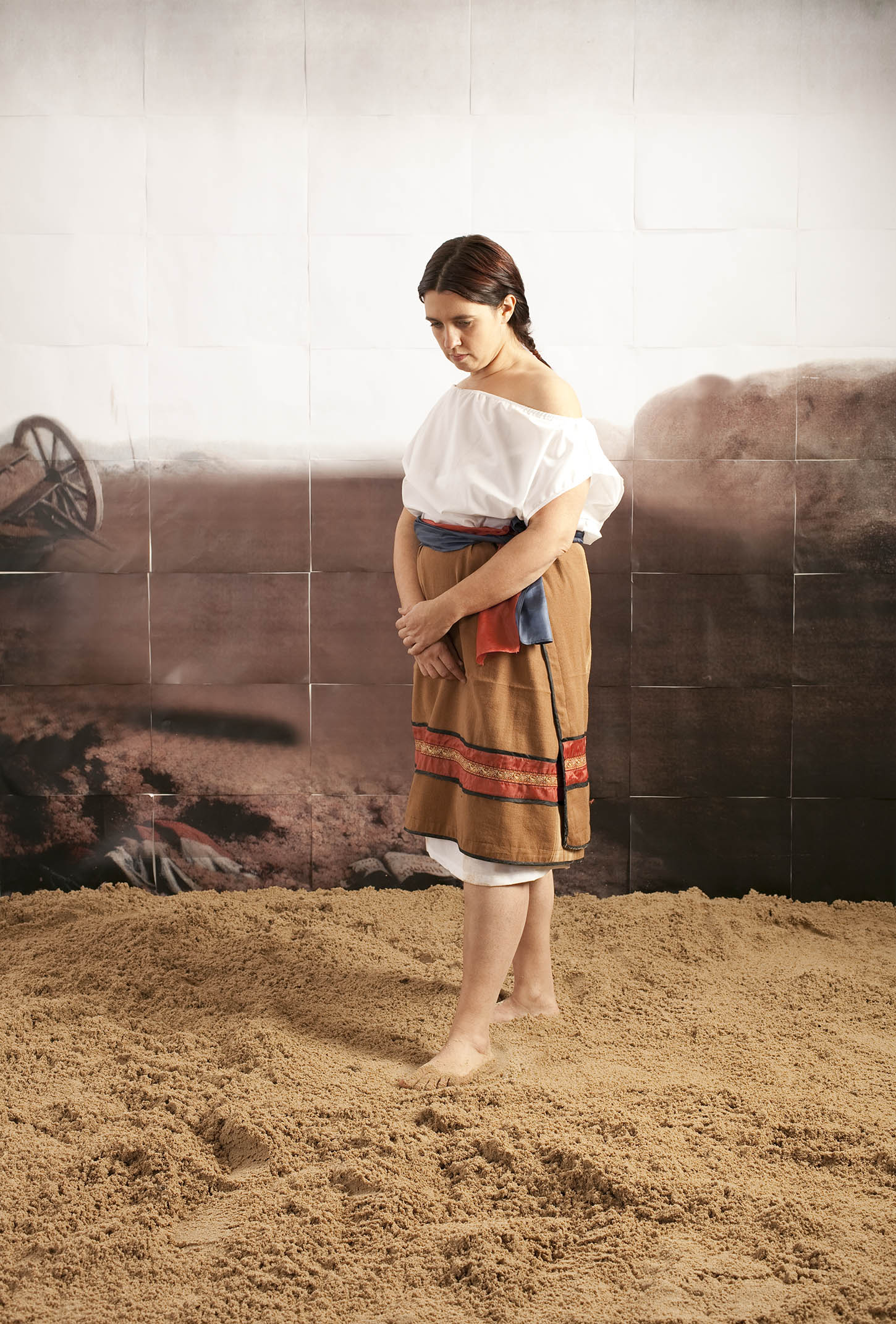 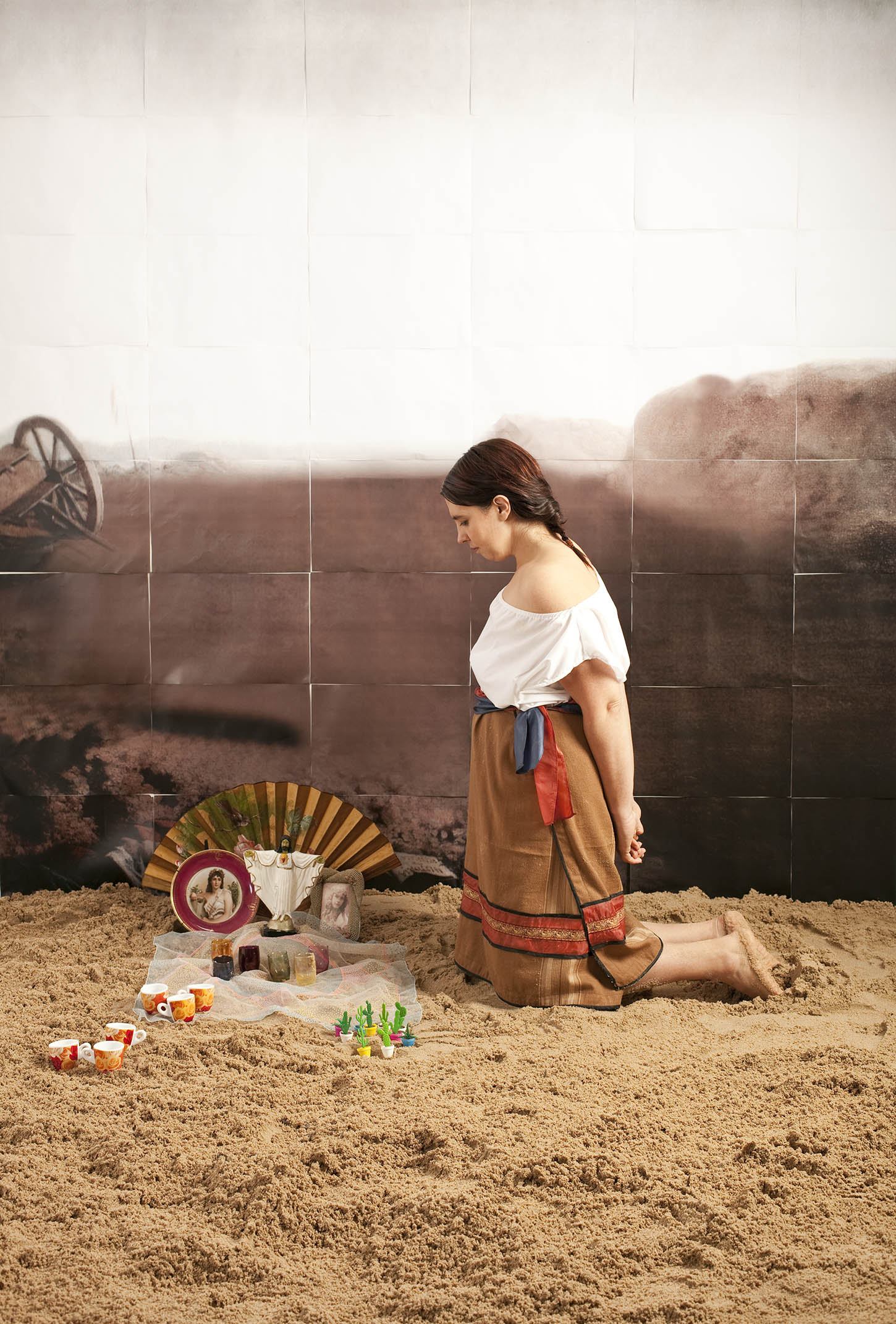 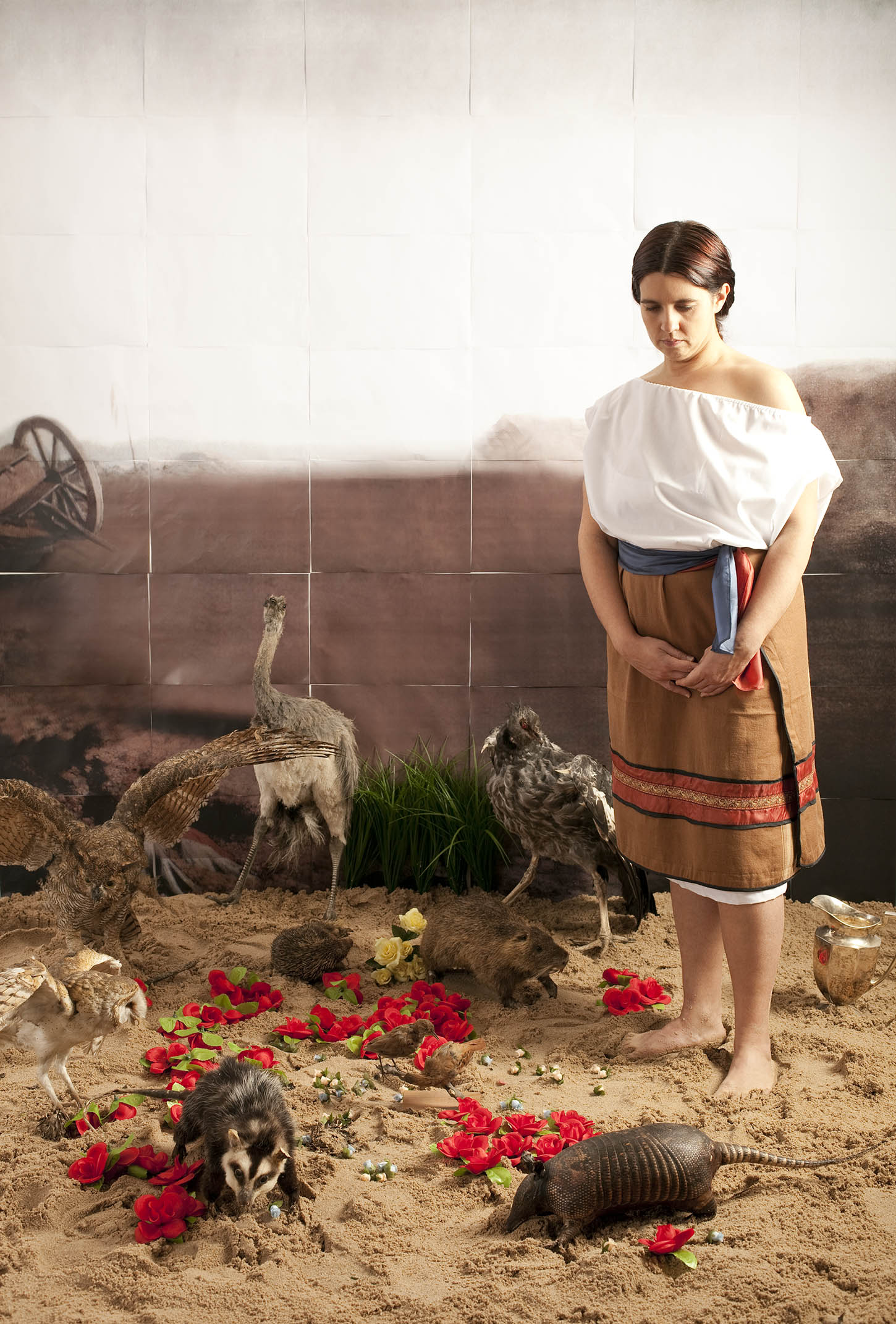 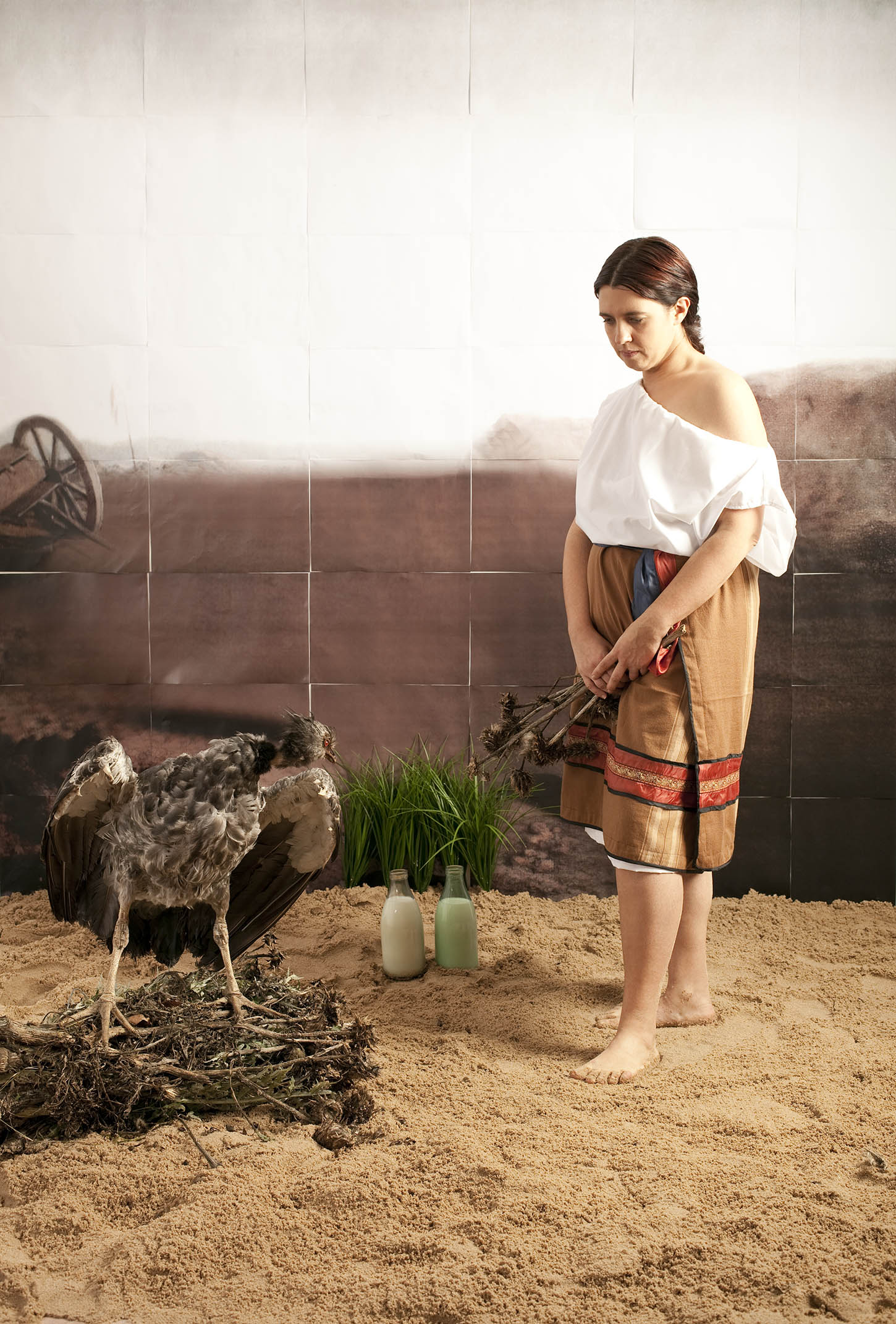 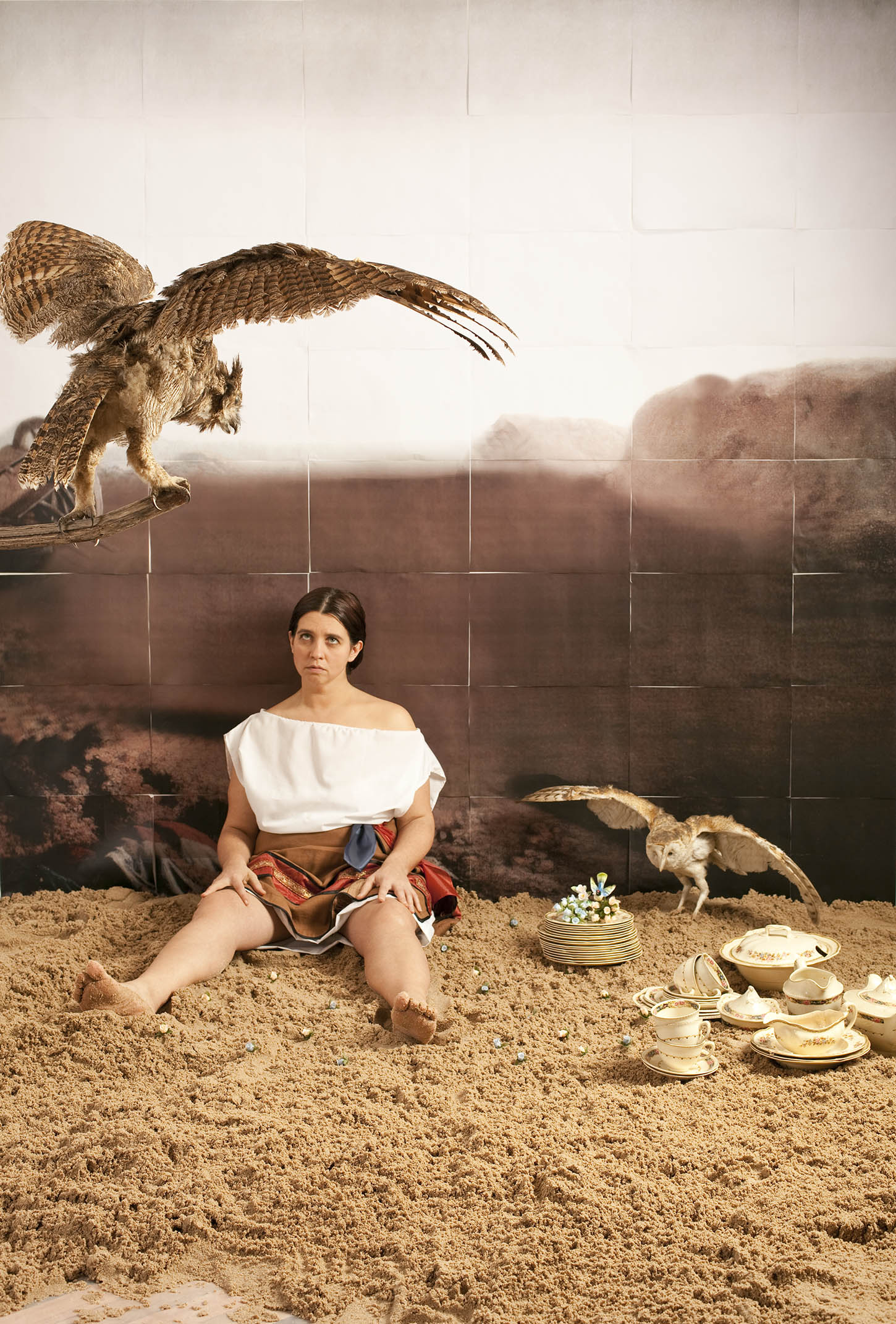 La uruguaya (2009-2010), is an artistic project developed as a platform of actions, to analyze the conflicts born in the place of the ideological and political body of the visual arts in Uruguay. In 2007 and after having assumed the direction of the National Museum of Visual Arts, the artist made direct contact with different local collections and began to understand the brutal denial experienced by women in her country, the place of women in it. . Although this fact is not new, given the precariousness of the situation, it deserves to develop strategies. Juan Manuel Blanes painter of the Homeland, generated a visual narrative about the bodies of women of that time between barbarism and modernity, composing allegories through historical events. La Paraguaya, is one of the masterpieces of this artist, it is about the war and devastation that Paraguay suffered from 1864-1870 and that pitted that country against Argentina, Brazil and Uruguay. Betrayal and desolation, the massacre of hundreds of indigenous communities and a woman who lies in the middle of the devastation, a figure that is nothing more than the representation of which many women live their place as artists in the face of the exercise of the power-knowledge of art. It is a first phase that analyzes this painting and reissues a new vision of the place of women and their position in the face of the doxa of modernity that continues to this day.